In 2015, according to Frontex, the EU Agency for protection of EU borders, a record of 1,820,000 illegal immigrants entered the EU (these were the ones officially detected and recorded, at least another 400,000 are thought to have escaped detection). Of these illegal migrants, most of the flow from Africa is focussed on using Libya as a launching pad into Europe. Italy and to a lesser extent Malta, are the reluctant hosts. In Malta where I live, we see a lot more Eritreans, Somalis and to a lesser extent Nigerians and Ghanaians on the streets. On a little island of white Christians, the increasing number of black Muslims has created something of a schism. Middle-class liberals, talk about human rights and asylum from persecution. The majority of the population, including most politicians irrespective of their credo, talk about mass deportations. Once in a while, we wake up to bloated bodies on the beaches when a smuggling boat has given to Davy Jones Locker. This and the previous year, have seen a severe backlash in the EU against illegal migration. The agony of Syrian refugees has been blunted by a huge number of economic migrants, from Pakistan, Afghanistan and The Sahel who have jumped on the Syrian bandwagon.

However, Europe’s refugee crisis is not only an urgent humanitarian disaster but has also spawned an incredibly lucrative industry. Refugees and migrants are spending immense sums of money in attempts to reach Europe, syphoning more than billion dollars a year into an underground economy of traffickers. Between 2000 and June 2015, migrants and refugees have paid traffickers over 16 billion euros to reach Europe, according to The Migrants’ Files, a data journalism organization that has analysed thousands of payments to smugglers to estimate the size of the trafficking market. The EU has reacted by throwing money at the problem in its usual unfocused way. EU and African leaders, meeting at Valletta in November 2015, highlighted the need to take action regarding conflicts, human rights violations and abuses. This included conflict prevention, support for state building and the rule of law, and reinforcing state capacity to ensure security and fight terrorism.

They also came up with the idea of launching an audio and video programme advising against travelling without legal visas or as the Valletta press release put it “EU and African leaders agreed to improve access to information on the dangers of irregular migration and provide a realistic view of living conditions in European countries. “ For most economic migrants, the video was like an invitation to travel. The best economic conditions in the countries from where the majority were escaping, were worse than the worst scenarios shown in the European countries. On 16th December 2016, The EU Emergency Trust Fund for Africa adopted a €37 million package to increase protection of migrants and to strengthen effective migration management in North Africa. Almost all the money is allocated to Libya, Morocco and Tunisia, for among other things (I kid you not) “a  €5.5 million programme to support the prevention of racism and xenophobia against migrants”. As someone who has spent more than two decades working in Sub-Saharan Africa, I am flabbergasted at this total waste of money, not only in the irrational programmes that are supported but the complete mistargeting of the countries that are beneficiaries of the EU largesse.

The point that the EU needs to focus on is Northern Niger, from where 90% of the illegal caravans of misery originate. The main northern city of Agadez, is a major transit zone for thousands of West Africans trying to reach Algeria and Libya en route to Europe. Agadez, which I once visited ten years ago, on my way into the desert trying to prospect for Gold, was then a fly-blown shit hole, with even drinking water at a premium. The only hotel in town was so dire that I spent three nights sleeping in my Land Cruiser. However, since the 15th century, Agadez has been one of the continent’s most important trading hubs, the gateway between West and North Africa. Now, it is a city run by human smugglers. Weapons, drugs, laundered money, hapless migrants, indentured prostitutes they all pass through Agadez. An excellent article in the Huffington Post gives an on the ground view of events in Agadez.

The Republic of Niger, whose President Alhaji Mahamadou Issoufou, whom I have known for more than fifteen years, has struggled to control the situation. Alhaji Issoufou, a committed socialist came to power and faced the ire of France for cancelling the Uranium mining permits of Areva, which for almost forty years paid a pittance for mining a fortune worth of Uranium. However, with the rise of Al Qaeda in the Maghreb, and collapse of Uranium prices, Niger has not been able to control the flow of illegal migrants. President Mahamadou Issoufou’s government passed a tough anti-migrant smuggling law in May 2015 that establishes prison terms of up to 30 years for people smugglers, in what it said was a bid to protect vulnerable young Africans. Officials in Niger, ranked as the poorest country on earth by the United Nations, know that implementing the new law means cracking down on endemic graft in a country where a young policeman earns less than $190 a month. The fact that Agadez thrives is proof of the fact that the law doesn’t work. A confidential national police report, which I have seen, concluded that Agadez, which acts as a gateway to the north, was an ‘El Dorado’ for security forces. It found there were more than 70 smugglers ‘ghettos’ active in the town, each one protected by a paid police agent.

A separate report by the HALCIA anti-corruption agency the same year said that payments to security forces and local authorities totalled $450 per vehicle and $30 per foreign migrant on the route between Agadez and the Libyan border. The HALCIA mission found that bribes paid by migrants were essential to keep the security forces functioning as money earmarked in the military budget to buy diesel for vehicles, spare parts and food simply disappeared in Niamey. Instead of spending money in Morocco on “programmes to support prevention of racism and xenophobia against migrants”, the EU should be funding institutional capacity building in Niger and Chad. Additionally, Frontex should train and fund the salaries of Nigerienne military and border control forces. President Issoufou has already invited EU to station troops or Frontex forces within Niger to break up the routes of people smugglers. I agree that these are stop gap measures, but the logistics and the routes for smuggling are not built overnight, and a policy of consistent harassment and interception of smugglers will see an immediate drop in illegal migrants washing up on Europe’s shores.

In the final analysis, there is no alternative to a policy of Fortress Europe. Illiteracy, overpopulation, civil wars and corruption in Sub-Saharan Africa cannot be eliminated, reduced maybe, but not eliminated. Therefore there will be a continuous flow of people who have nothing to lose and who are willing to do what it takes, towards the bright lights of Europe. The only way to reduce the flow is to sanction the governments that allow their countries to be used as staging points and, to bring stability to Libya, which during the Gaddafi times acted as Europe’s guardian of the Mediterranean shores. 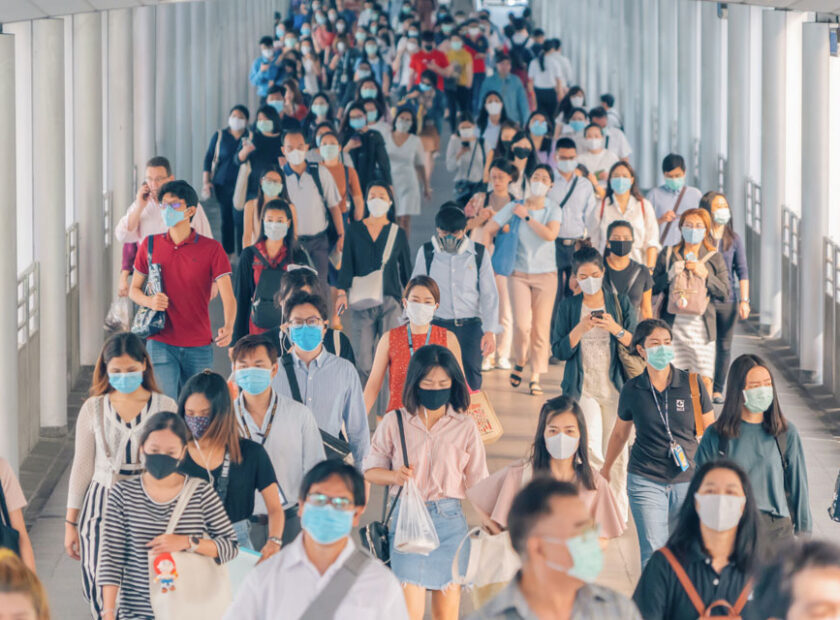